The ethics of facial recognition biometrics

The average person has a whopping 100 passwords they use to access their various online accounts, a study by NordPass reveals. With the key to keeping all these accounts secure, being passwords that are long, complicated and hard to guess, the result is that they are also impossible to remember, making us more inclined to write them down or re-use the same password across several accounts, neither of which are very secure options.

The need for quick and easy experiences in the digital world means consumers have little time or patience for forgotten passwords, or creating long and complicated combinations of letters, symbols and numbers.

The rise of biometrics and real-time detection

So with the rise of biometrics and real-time detection, your unique body is your ultimate password. Gur Geva, Co-Founder and CEO of iiDENTIFii, a provider of face-based biometric identity verification services, says:

“Liveness is the guarantee that the individual attempting to authenticate is a real person, not a mask, a bot or a deepfake. This is critical especially for financial institutions where security and compliance are paramount.”

Despite its widespread adoption, there has been negative press about facial biometrics and whether it violates individuals’ privacy rights. In fact, facial biometrics was recently banned by police and local authorities in several U.S. cities.

“This has stemmed from a failed plan by the IRS in the USA to force Americans to scan their faces to file their tax returns. There was some concern around the fact that a third party was collecting the data, raising questions around the ethics of this practice.”

Racial concerns have also been expressed about the ability of facial recognition technology to correctly identify those of ethnic descent.

Find out more about how Identity gets a remake for the digital age.

While privacy and accuracy concerns are major considerations, Geva warns against painting all facial recognition technology with the same brush.

“Consent is key. iiDENTIFii’s technology is opt-in only, and the data it collects is not used to track people in the streets,” assures Geva. In addition, iiDENTIFii’s solution is specifically designed and calibrated for the country where it is used, meaning that the algorithms do not suffer the same challenges for which the overseas technology has been criticised. “Deploying European technology in Africa is destined to be discriminatory, but by using the right technology and having the right intentions in place, it is possible to create the most secure authentication ever used to date,” he notes.

The reality is that machines can identify humans better than humans. The U.S. Department of Homeland Security recently demonstrated that facial recognition algorithms can now correctly identify people up to 965 of the time.

“If that can reduce the likelihood of a wrongful arrest, or someone gaining access to someone else’s accounts, the technology needs to be given some credit for the good that it achieves,” maintains Geva.

Ultimately, customers need to feel comfortable using the technology and be confident that it is trustworthy while enhancing their safety and security. 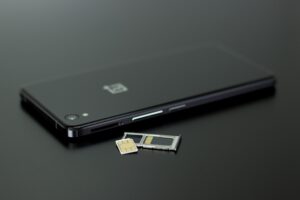 Biometric data and your SIM card might soon be linked 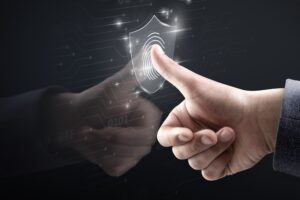 The ethics of facial recognition biometrics 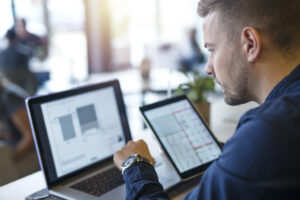